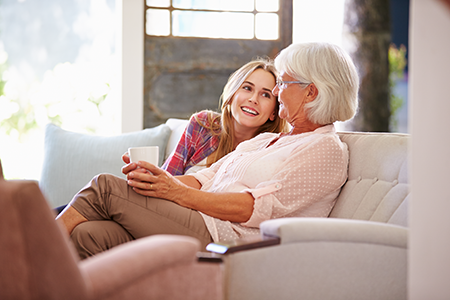 My earliest childhood memories include singing Irish songs like Danny Boy. We watched the planes come in for landing at then-Idlewild Airport from the backyard of the Donovans’ Union City, N.J. home, while we swayed to the lyrics of Irish ditties our parents remembered, including Molly Malone and Finnegan’s Wake.

Time has dimmed the remnants of our parents’ Irish heritage, as first-generation Americans. Thankfully we captured many of their stories for future generations in a 2010 family video, Getting to Know You, the title of “one of our songs”, first heard in the 1951 Broadway production of The King and I. They married a year later.

My husband and I interviewed Dad and Mom over six hours, while they shared their life stories and remembrances. Remarkably, Dad talked for the first time about his World War II service as a U.S. Army tail gunner. A slight young man, he was selected to tuck into the ball turret of a B-24, flying harrowing missions from their base in Italy to attack the Ploesti oil fields in Romania, where 50% of the American planes were lost to enemy fire. Until the video, none of us had been aware of the precise nature of his service, the risks he faced or the terror he felt while serving in the second World War.

The family video was edited to a watchable 90-minute film. My brother offered to host the family premiere of Getting to Know You for three generations of our family in his roomy family room.  The chance to view the video alongside Nana and Papa, the watching party and the questions raised by their grandchildren remain treasured family memories. Papa passed away in 2014.

What are the memories and untold stories you want to preserve for your family?

The act of documenting family history takes many forms. Researching ancestral ties, connecting with a lost branch of the family or capturing interviews for a written or video narrative are just a few. Only our older loved ones can tell their life stories and, if we wait too long to ask them, the moment expires.

My mother-in-law referred for years to the autobiography she was writing until her children asked to see the document. Her daughter Janet, a social worker, was taken aback that her mother concluded her biography at the point of her mother’s marriage and before she brought three children into the world. Janet stepped in to help and, using a modern-day, one-at-a-time book publishing service, she compiled a comprehensive family history starting in the old country through the present day. She tapped her Mom and Dad for photos, names and details of the family’s history. And, although both her parents still reside today in Assisted Living at ages 101 and 97, many details of their family’s history would have been lost if Janet tried to publish the book today.

How can you get started documenting the memories of aging loved ones? Someone needs to take the lead, even if they don’t have the time or talent to lead the project to conclusion. You may start by buying a video camera and begin interviewing your older loved ones. If you are a natural writer, you may prefer to research public records and capture interviews on your phone for a written narrative.

Ask questions. “Mom or Dad, tell me about your earliest memories. What do you remember about your childhood? What were your brothers and sisters like? What kinds of games did you play? How did you spend your time after school? What was your first job? How did you meet your spouse?” And so forth. Allow them to tell their stories without interrupting or truncating. Editing comes later.

Invite other relatives to the conversation. My Dad’s brother was visiting from Colorado during the period we were working on the video. Our favorite section of the video involves the banter between the two as they described their sparse lifestyle as young men living in New York City, and how they moved rooming houses with only the clothes on their back: four shirts layered atop one another and stuffed into 2-3 pairs of pants, so they could move via subway. Then they laughed uproariously in the telling.

Get help where you need it. If you have family members with video editing capability, ask for help. I was more than happy to turn over our six hours of video to a video production house to put a professional product together. By using my music, and detailing my editing cuts, we were able to produce the video cost effectively. Don’t be shy about asking young, tech-savvy relatives to help you document the story of your family.

Finally, do not delay. No one can predict what will impede your effort to document your family’s story even a year or two from now. Why wait? Life is short.