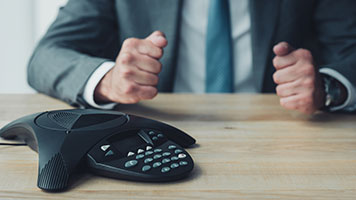 It was inevitable that the national dialogue would devolve into–well, who is at fault. All too often in today’s world, we are quick to find fault and blame as an instinctive response to events in our world that turned out badly or wrong. Blame holds a similar energy to anger, where you drink poison and expect the other person to die. The toxic energy lingers and infects.

My awareness of how energy impacts well-being was sparked by the energy leadership work done by Dr. Bruce Schneider, author of Energy Leadership (and founder of iPEC coaching institute). Blaming behavior is contracting energy; it is draining and results in a low ability to resolve conflict. Blaming falls squarely into Dr. Schneider’s definition of catabolic energy.

Distinguish Blame from Accountability – Under the guise of holding people accountable, you can mix up blame and accountability. Blame is an emotional response directed at flagging the source and inflicting punishment. Blaming involves verbal or public shaming, landing on shouldda-coulda-woulda until the other person feels the sting and pain of vilification.

Accountability, on the other hand involves taking or assigning responsibility for what has happened. A financial advisor I know empowers her team to assume accountability for any client concern in order to solve problems. Their mantra is, “it’s not my fault but it is my responsibility.” This refreshing approach recognizes that no client wants to hear in real time that their problem was caused by another department.

Who’s to Blame? – For all of our confidence and bravado, could blaming behavior be signaling an underlying discomfort with ourselves? Psychologists suggest blame may reflect outward our own fears, insecurities, self-blame or guilt. It may be time for a gut check to determine if our own ego is involved in our reactions. Pay attention to the voice in our head telling us when we indulge in behavior that needs to be stopped in order to move on to growth behavior.

Accept Setbacks with Curiosity – Of course, we benefit from examining failures as much as triumphs in retrospect. It is necessary to look back and review events to understand the causes of our setbacks and failures. Reviewing these results helps us to avoid making the same mistakes and rectifying gaps we may have missed. Have the self-awareness to determine whether emotion is driving our responses to the review of disappointing events. It may be necessary to invoke a pause to collect ourselves before conducting a fair and objective review.

We must distinguish between poor business outcomes and failures of another sort, such as omissions in preparation or self-serving intentions. Healthy responses to failures or disappointments might include curiosity, analysis and brainstorming alternatives. In the face of failures, leadership resourcefulness is demonstrated in this example:

An insurance company client had meticulously modeled a product pilot for a direct response marketing campaign. Prospective customers had dealt us a dose of humility and the pilot results fell short of projections. As the manager transparently explained how the results fell short, his boss leaned forward

in his chair and asked, “what did we learn?” By meeting the disappointment with curiosity, this leader joined the circle and shifted the conversation quickly toward constructive learnings and next steps. His response was a game-changer for moving the team forward productively.

Wash Your Hands of This Culture Killer – Many times, the blamer doesn’t recognize the harsh energy he is spewing. Wash your hands of it. Blame disguised as brash confidence or perfectionism may mask a modus operandi based on “what went wrong” and who is “accountable” for it. Blame by any name doesn’t serve us; it alienates others. Refuse to let blame stifle creativity and devastate your organizational culture, if not in the short term then in the long term.