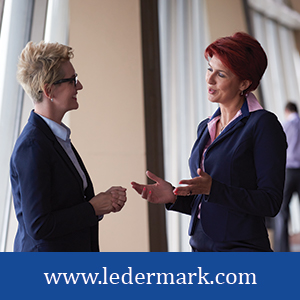 If only apologies were that easy; they’re not. Many of us find it painful to concede fault, to acknowledge when we’re wrong. I often struggle with making a pure apology, one that skips a defense of my actions or worse.

Apparently, I’m not the only one. Remember last spring’s well-publicized United Airlines episode where we watched a paying customer being forcibly removed from his confirmed seat? A video of the incident, in which the bloodied, screaming customer was dragged from the plane, went viral

United’s CEO Oscar Munoz later apologized, saying “I want you to know that we take full responsibility and we will work to make it right. I promise you we will do better.”

Why is it so difficult to apologize?

I asked my good friend Rev. James L. Connor, S.J., Jesuit priest and founder of the Woodstock Business Conference, why it’s so difficult to be the first to apologize. He notes that humility must be mustered to apologize. Leaders are more widely known for demonstrating confidence, authority, knowledge — these are qualitatively different traits than expressing regret, Fr. Connor notes.

“It takes courage to reflect and admit that we were wrong, selfish or hurtful,” he explains. “There’s a certain embarrassment to admitting we’re wrong, whether in business or in our personal lives.”

What constitutes a good apology?

A good apology starts with an admission of wrongdoing. A genuine apology does not include the word “but” as in “I’m sorry I hit your car but you parked too close to my space.” “I apologize for losing my cool but I felt that you were blaming me…” In a genuine apology, you take responsibility for your own actions —  full-throated ­— and you don’t blame others.

First, acknowledge your role and be specific. Sorry is not enough; you must point to the error. There is no single script for an apology, but Fr. Connor offers this example:

“I would like to first apologize for what I said, which may have caused you pain/anger/embarrassment. I’m sorry for the reaction it caused. Let’s try and talk to each other about what happened and see if we can get to the cause of our disagreement and work it out.”

If you succeed in getting the other to sit down and explain his or her reaction, you can respond. “I now understand your intention and why you responded as you did. I am sorry. I want us to be able to pick up and carry on,” you might say.

Asking for the other’s point of view often reveals misinterpretations, assumptions or triggers underneath. Once you learn where someone is coming from, you can often find empathy in your response. Is there something additional you need to do to make amends?

If, after the apology is repeated, the other person is not ready to move on, don’t assume you have failed. There is virtue in apologizing. Sometimes the apology is sufficient to reset the relationship and move forward. If not, you have at least cleaned up your part of the misunderstanding.

What Can We Learn from Apology?

Life is short. Learning the art of apologizing means we can repair and rebuild our personal and professional relationships rather than leaving a trail of frayed edges or hurt feelings. Why must we avoid people and relationships we’ve left in careless wake? When we are the first to apologize, we sacrifice a little humility for long-term harmony and make it easier for others to do the same.