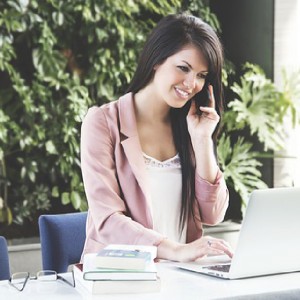 You know that women today represent a greater share of unadvised investors. And they are under-represented in terms of advisors and executive leadership at asset management firms. And yet, while women may represent a healthy percentage of your clients, could they encounter “unconscious bias” at your firm?

Several large asset management firms are recognizing the importance of culture in business, and they have begun to tackle the issue of unconscious bias in their firms. That’s because a growing number of studies shows a link between hidden biases and actual behavior. Asset managers aren’t alone. Companies such as Google, Pinterest, Slack and Airbnb are implementing training programs to help employees deal with these biases.

They’re raising awareness of inherent prejudices that may impact employment and promotion. Over time, employees realize that there are differences in the way women negotiate, in the techniques women use to communicate and in the approaches they engage in to assert themselves in groups. Given an equal shot at key roles, talented managers employ different styles that can be equally effective.

An example tells the story. During a recent SIFMA Women in Asset Management Conference, I heard how one executive helped her firm’s management realize that “going for the jugular” — once a formal criterion for promotion to managing director — was not a fair standard by which to evaluate performance. After several years, the executive convinced management that “successful negotiating” was a better process to use and one that didn’t cause certain death.

Women tend to communicate, collaborate and connect organically, although not all women are alike. Hiring women with these qualities into senior positions in your firm can help keep gender bias out of client interactions and enhance the firm in decisive ways. You can harness these qualities in your dealings with women clients as well.

Could you be communicating hidden bias in your dealing with women investors? Watch out for these five behaviors:

Regardless of your intentions, you can see the ways small gestures can add or detract from building meaningful relationships with women clients. Small cues may convey bias or lack of inclusiveness. Work to avoid conscious bias by inviting dialogue with women you trust, perhaps current clients, employees and other stakeholders. Understand certain words and phrases that can trigger a negative response.

The aim is to develop the sensitivity to know how women expect to interact with you. Then, incorporate changes and make solid progress to becoming primary financial advisor — today and well into the future.